Sorry I haven’t been posting a lot of artwork. I’m actually taking my work in a new direction, so I’m building a new portfolio, and I want to debut all the new work at once. This project came up, and I was excited to do it. I’ve been studying HTML5, specifically for gaming, for the past few months, and this was an opportunity to actually put something out there. Our team of 4 made this in 48 hours! Granted, it’s buggy as hell and still needs a lot of work. I did the art/concept/sound/level building. Sadly, my concept for the game had to be curtailed significantly to work, and get done in time.

This was for Node Knockout 2011, a 48 hour hack-a-thon revolving around node.js technology. Everything had to be made over the 48 hour period, and there were nearly 300 teams all over the world competing. The other 3 members of my team are in Argentina.

Here’s my sketch for the game. No digital files could be created before the competition started, so I just had a bunch of drawings for my ideas. (I think my wonderful scanner is in it’s twilight days as you can see by the CMYK sprinkles. I’ve had it since my first semester in college, almost 10 years!)

The idea was that you would race 10’s to hundreds of people through a multi-level maze of bisected office space. The level would be constantly scrolling, and if you fell behind or through the cracks you would be killed and receive a pink slip. You could fight other players in a race to become the boss. The rat race in 8 bit game form.

Sadly, there are still some serious technical drawbacks to HTML5 games that I don’t think will be solved any time soon, so this dream could not become a reality, in spite of it’s relative simplicity compared to console games. The developers in Argentina worked incredibly hard on this, and I am in awe of their abilities! To give you some perspective, I am also a web developer, but these guys are so good that I didn’t even touch any code. None of us had ever built a game before, but they are so talented, that they figured out how to do it the week before, and executed it over the weekend. Amazing!

I stepped up myself. I had only made a screaming doughnut for pixel art before this, but I got it now! We used impact.js, which is a great tool. The level editor is very easy to use, and it’s well worth the $99, although we got to use it for free because the creator sponsored the event. 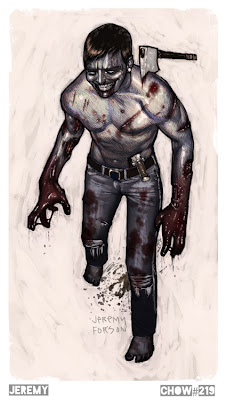 Zombie self-portrait for conceptart.org’s CHOW. Came out pretty good I think. This is really my first digital “painting.” I suppose I could have been doing painting this way all along, but I would always get impatient when working so long in photoshop. I have some misguided expectation that everything I do on the computer has to happen quickly, and when it comes to digital paintings, it’s not really the case. It is still faster then doing to by hand, and much more forgiving.

Here’s a little process. I just did what I normally do in paint with photoshop. Basic grisaille technique. 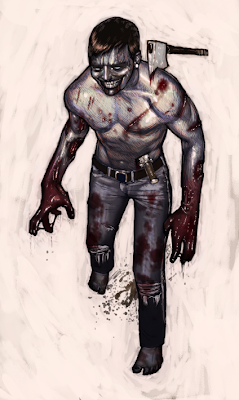 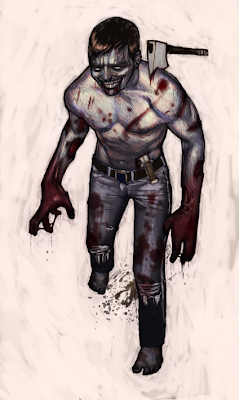 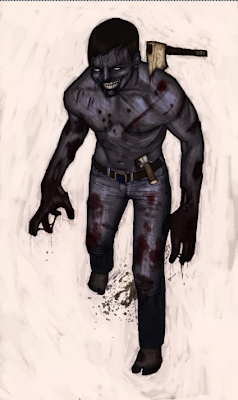 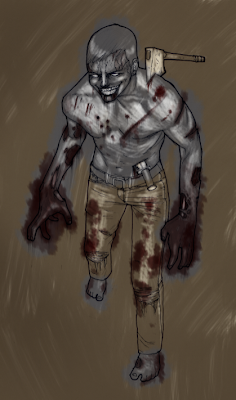 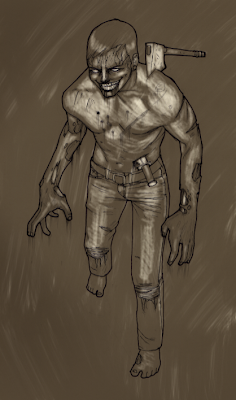 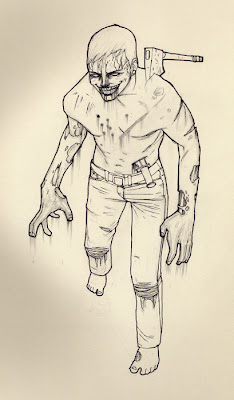